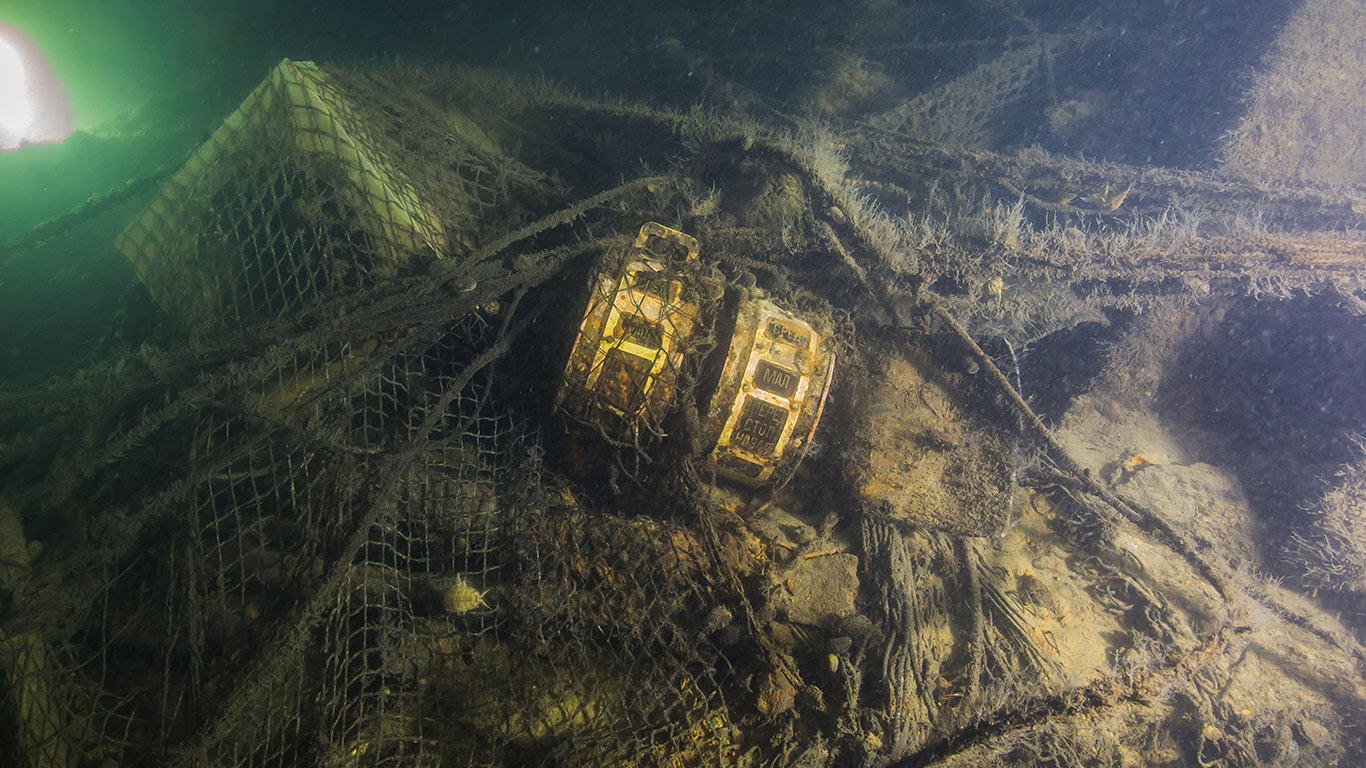 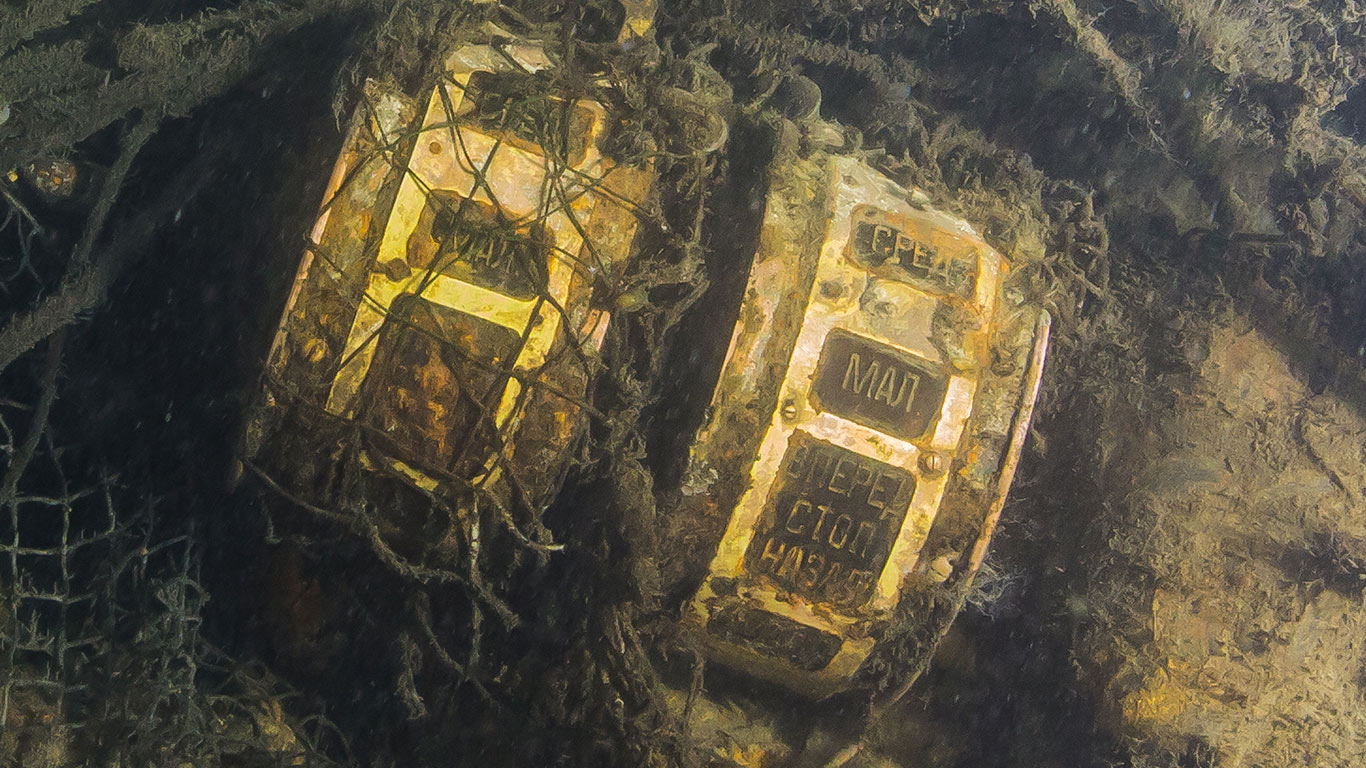 On 28 November 1944, underway as part of a convoy from Tallinn, MKT T-387 («MKT» is the Russian abbreviation for naval minesweeper) was hit by a torpedo near the Pakri Peninsula by the German submarine U-679 (according to M.Morozov) or U-481 (according to uboat.net). Thirteen members of its crew were killed when it sank.

The minesweepers were designed and built in Leningrad during the siege and were meant to make up for the huge losses among the Baltic Fleet’s Fugas-type («Fugas» is Russian for «mine») coastal minesweepers in the first two years of the war. Despite the Leningrad shipyards’ limited capabilities, the ships turned out to be quite a success and served for many years in the fleets of the Soviet Union and Warsaw Pact countries.

The combat losses among these minesweepers were very low – just three were sunk. This makes the study and documentation of their wrecks interesting and important. 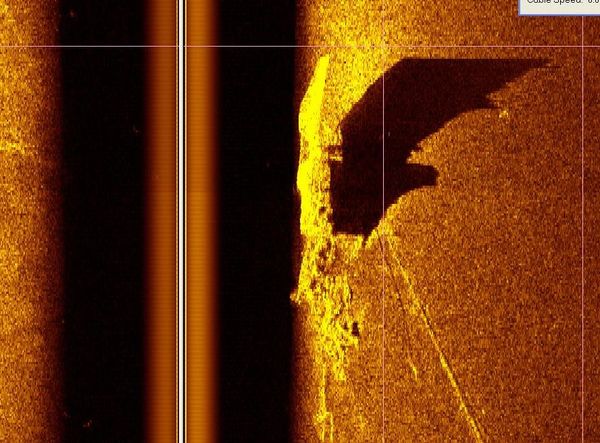 Underwater, the minesweeper is quite badly damaged. The stern is missing and the deckhouse armature has been broken by fishing nets. The hull is stuck in the clay in such a way that the bow rises out of the seafloor at an angle of roughly 25 degrees. The binnacle, helm and telegraph are well preserved. Unfortunately, the poor visibility at the dive site made it impossible to inspect the wreckage in detail. 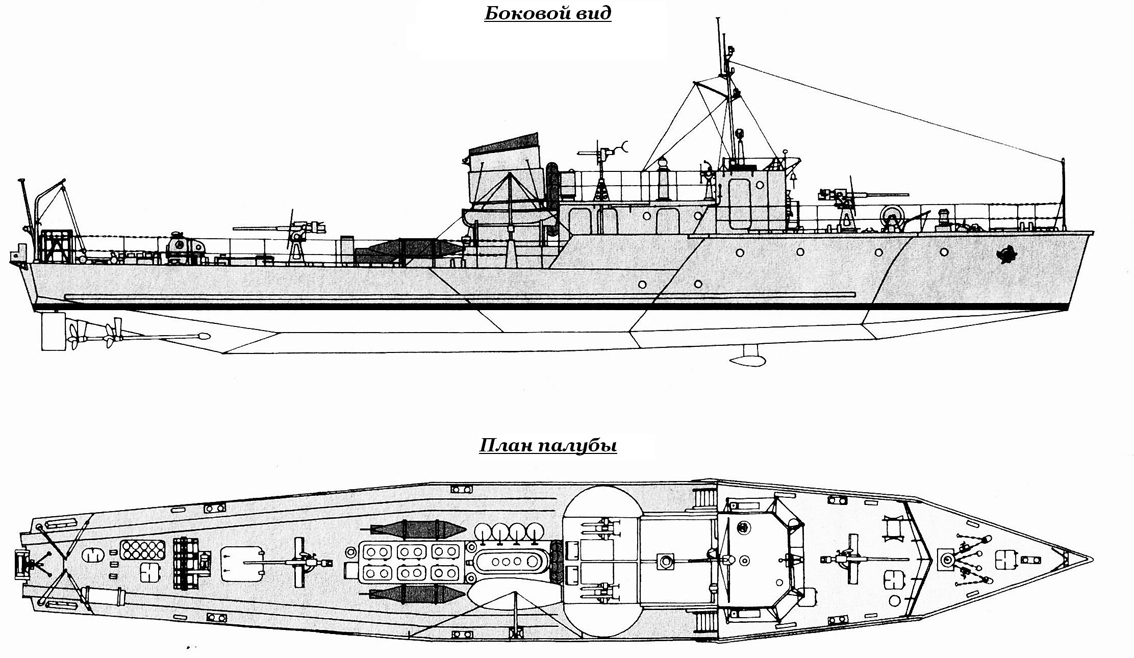