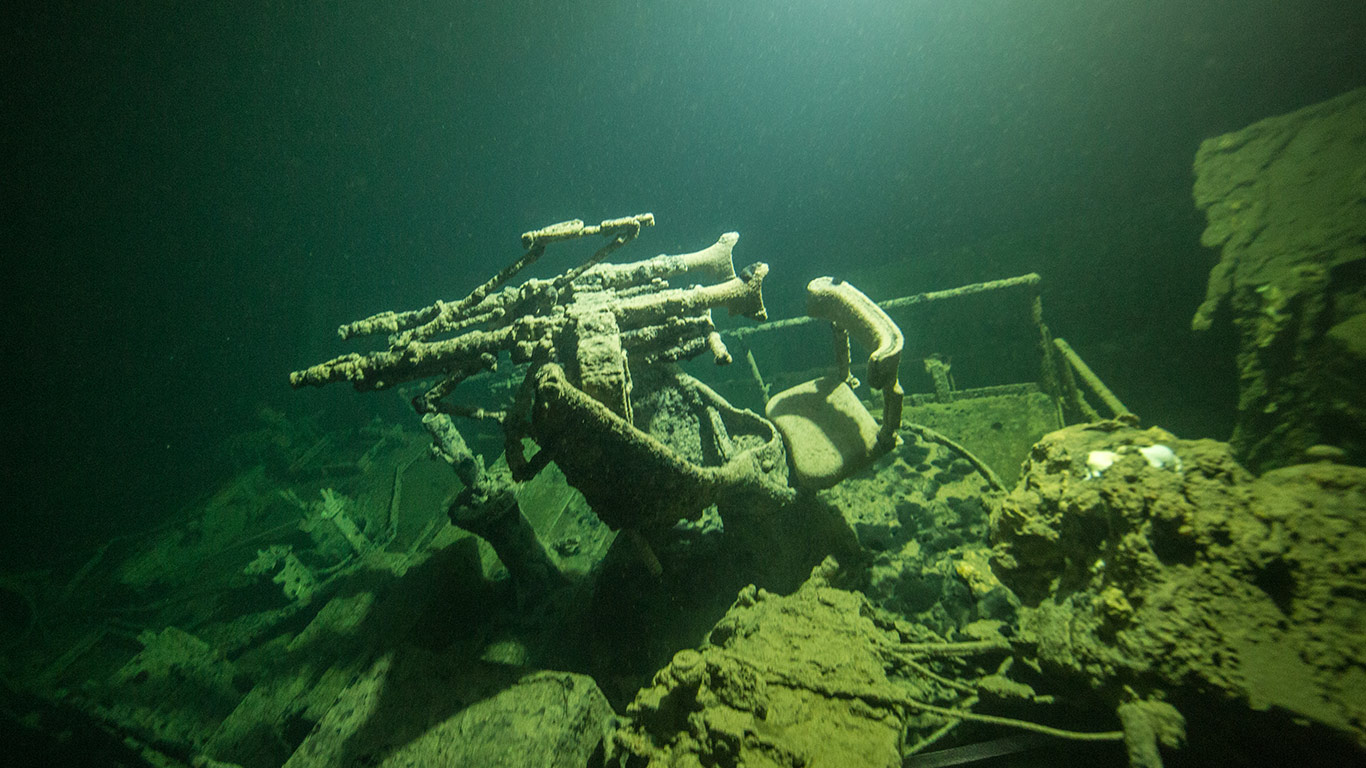 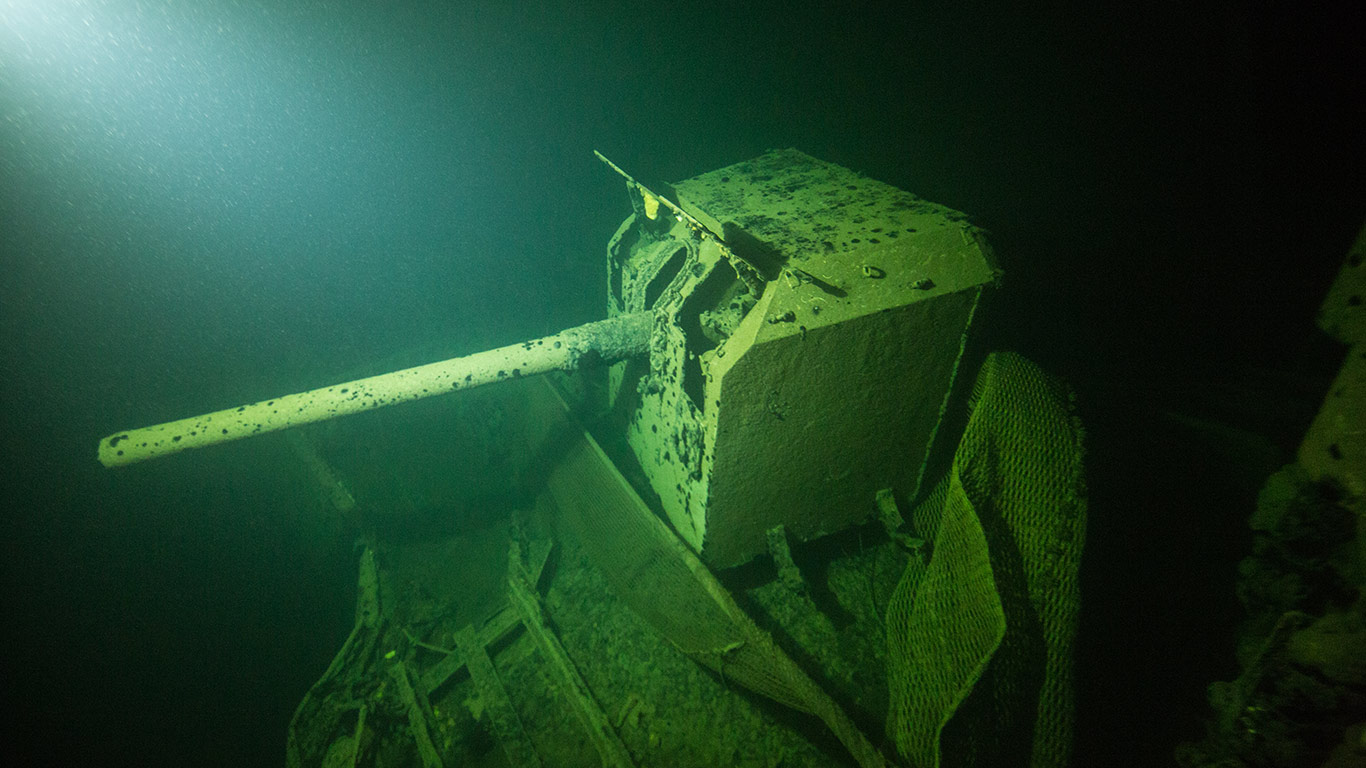 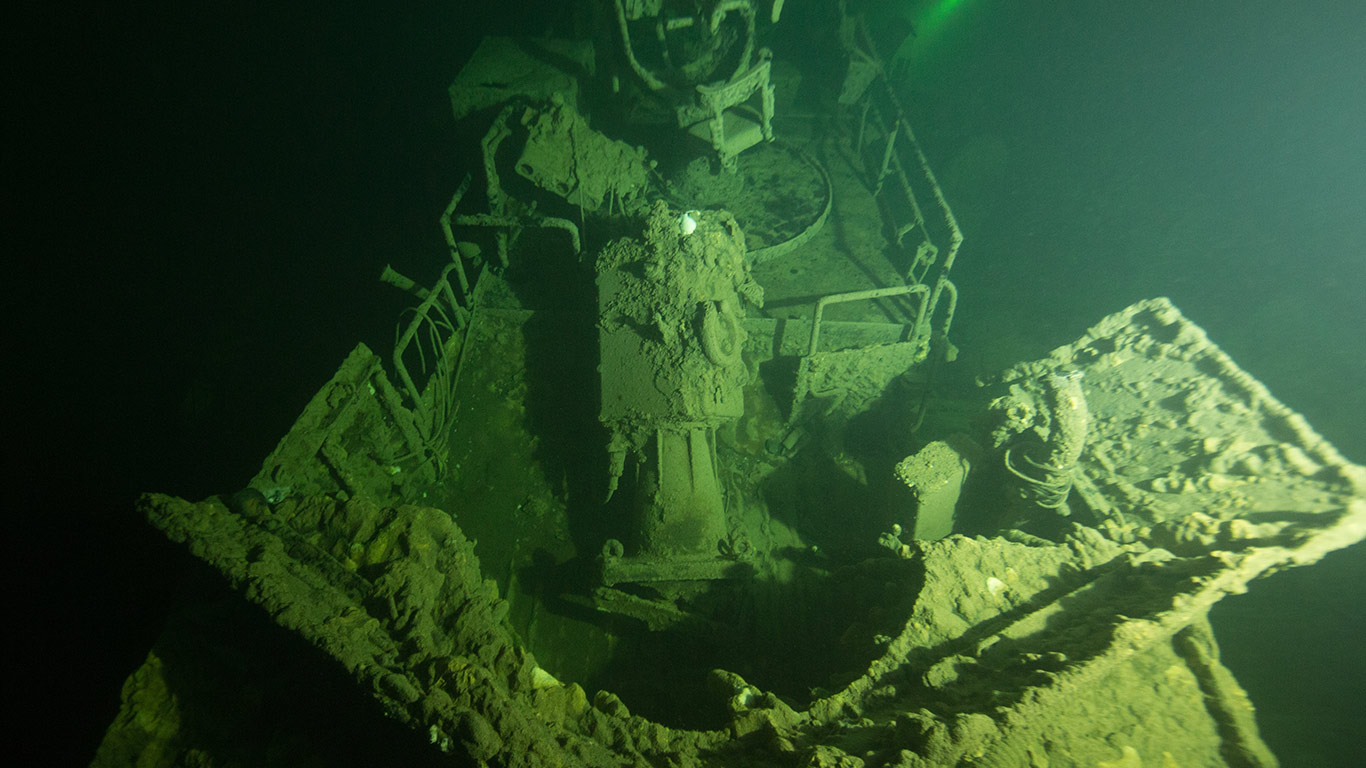 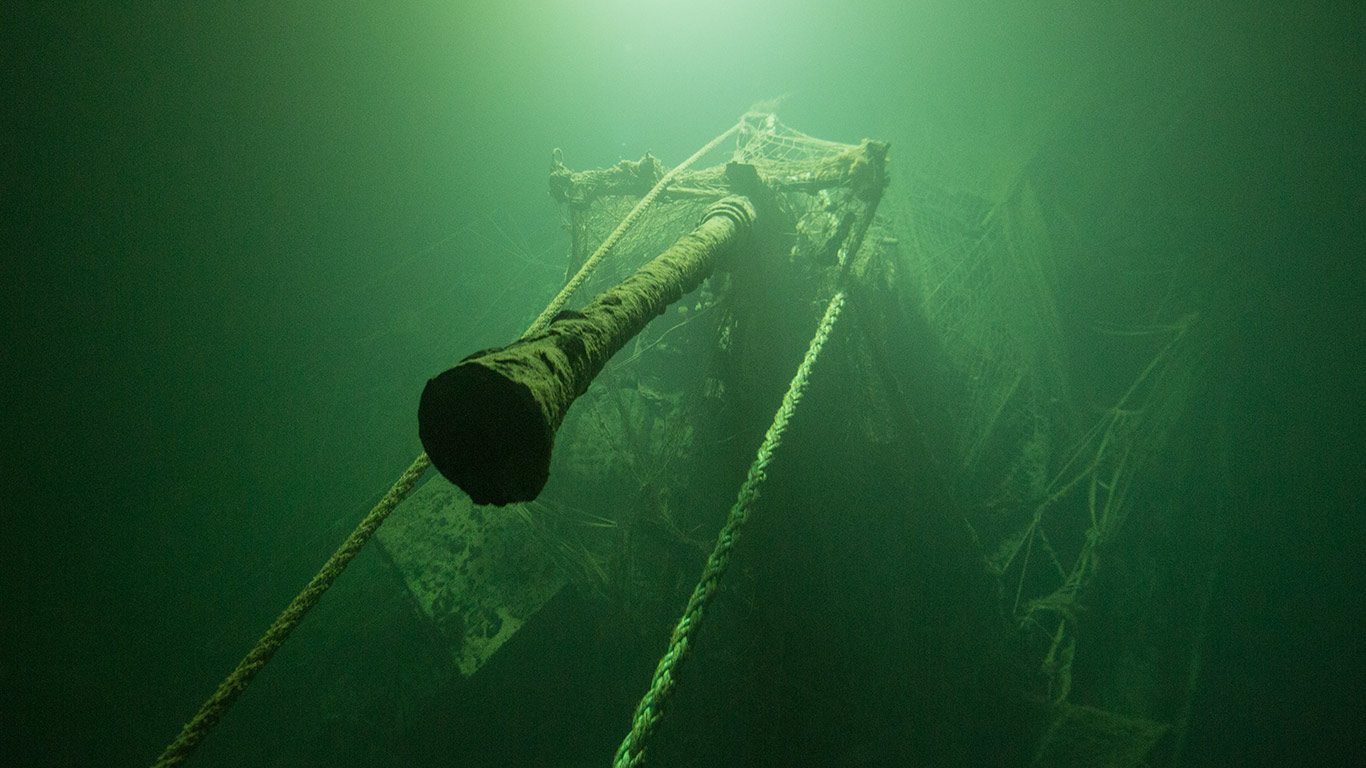 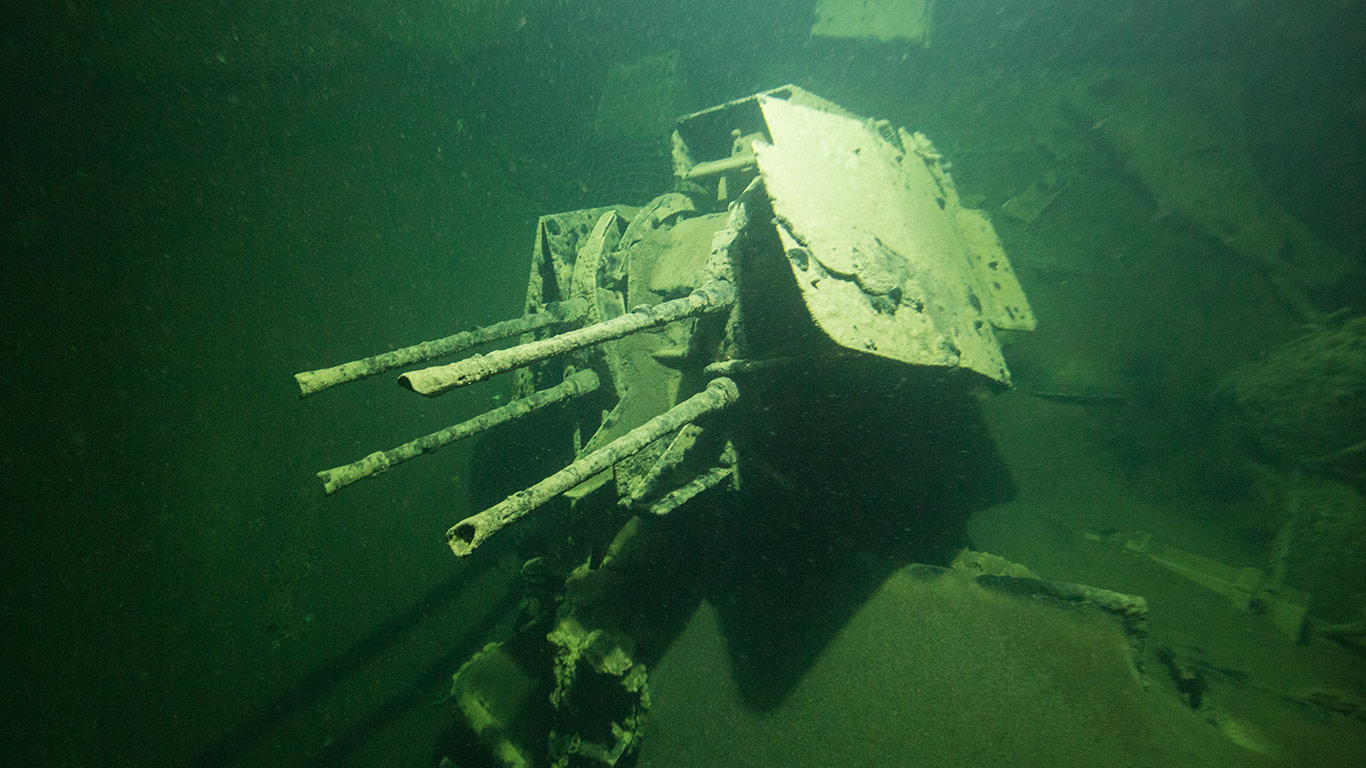 Ordered on 18 September at the F. Shichau shipyard in Elbing. Serial number S 1406. Laid down on 27 July 1939, launched on 1 June 1940, completed on 22 November 1941. Remained in Baltic waters until April 1942, where she underwent testing and a combat training course. In May-September 1942, assigned to torpedo school. Located in French waters from September 1942 until June 1943. Escorted the Wismar blockade runner when it broke out of Japan.

On 28 March 1943, T-18 was part of the the Himalaya blockade runner’s destroyer escort, but the ships returned to port after spotting enemy aerial reconnaissance. Over 5-8 May 1943, T-18 took part in three mine-laying operations.

After returning to Germany in July 1943, became part of the torpedo school. From September 1943 to November 1943, conducted combat training for the submarine fleet and was assigned to the 23rd submarine flotilla. During this time, T-18 was based in Memel (Klaipeda) and Danzig (Gdansk). From December 1943 to May 1944, the ship was under repair at the shipyard where it was built. After the repairs were completed, the torpedoboot performed various missions in the eastern Baltic and Gulf of Finland from June to September 1944. 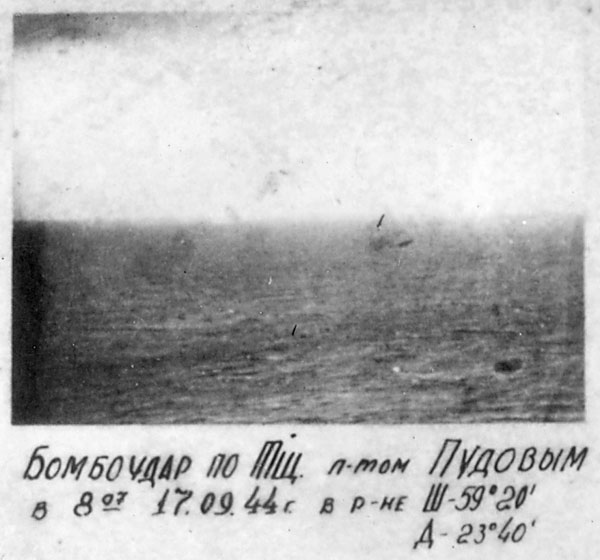 On the morning of 17 September 1944, T-18, T-13 and T-20 were sailing from the Aland Islands to Tallinn to refuel. In the mouth of the Gulf of Finland, the detachment discovered an Estonian cutter (small sailboat) with refugees from Sweden, who were travelling to neutral Sweden. The Germans stopped the boat and began to search her. T-18 conducted the actual search, lowering a dinghy after mooring with the side of the Estonian boat. The other two destroyers were nearby, but even though he was on T-18, the flotilla commander did not order them to cover the flagship. He would come to regret his carelessness within 10 minutes of starting the search, when a pair of A-20 Boston bombers from the Red Banner Baltic Fleet’s 51st mine and torpedo wing appeared on the horizon. They were piloted by Senior Lieutenant Borisov, who was carrying a torpedo under his fuselage, and Lieutenant Pudov, who had two FAB-250 bombs on board. The T-20 torpedoboot, which was far ahead, began to fire on Borisov’s bomber, which after launching its torpedo from a long distance was forced to turn away. 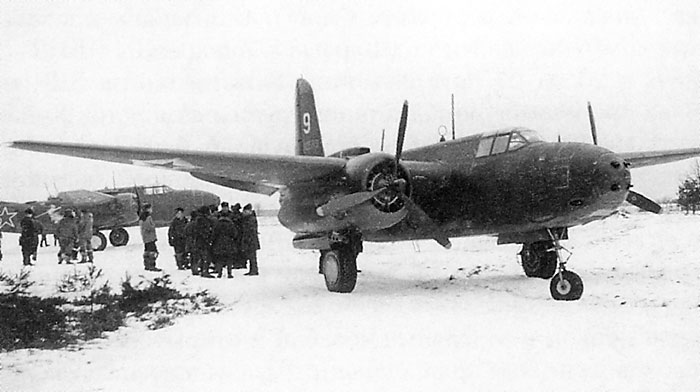 Meanwhile, Pudov’s aircraft was rushing toward T-18; the third German torpedoboot, T-13, was behind the flagship and could do nothing to help. T-18 would have to rely solely on the power and accuracy of its antiaircraft defense. The torpedoboot’s commander, Ober-Lieutenant Meyer-Abich, was an experienced military officer and waited for the enemy to enter the range of its entire artillery arsenal so that he could repel the aircraft’s attack with with a curtain of fire. This was a standard Kriegsmarine tactic and was drilled during training exercises to the point of being automatic. It is unknown how the duel between the plane and ship would have ended, if not for an accident – the cadet standing at the signal transmission station hesitated to pull the handles of the telegraphs to transmit the command to the artillery posts.

The German antiaircraft gunners were woken from their stupor by a shout from the commander himself. The automatic guns unleashed a burst of fire in the direction of the approaching bomber, but it was already too late: Pudov dropped his two 250kg bombs on target from a distance of 150-200 meters, hitting T-18. The time was 07:08. Since nothing happened for the following 30-40 seconds, Meyer-Abich thought the bombs had missed, but then a sudden explosion followed near the boiler room, the ship broke up and within seven minutes both halves were on the seafloor. There were 98 people rescued from the water, including the commander of the ship and flotilla, as well as the Estonian refugees who were on board at the time of the attack. Thirty German sailors went down with the ship, mostly enginemen and antiaircraft gunners.

An inspection of the wreck on the seafloor showed that it is in excellent condition: even the leather on the antiaircraft gunners’ seats, paint, and small parts of the machine guns and other weapons were preserved. The ship’s bell can even be seen – it is visible at the end of the video. The ship is broken into two halves that are stuck into the clay seafloor exactly how they sank – almost vertically.