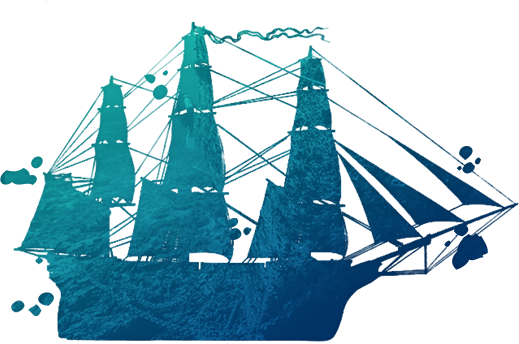 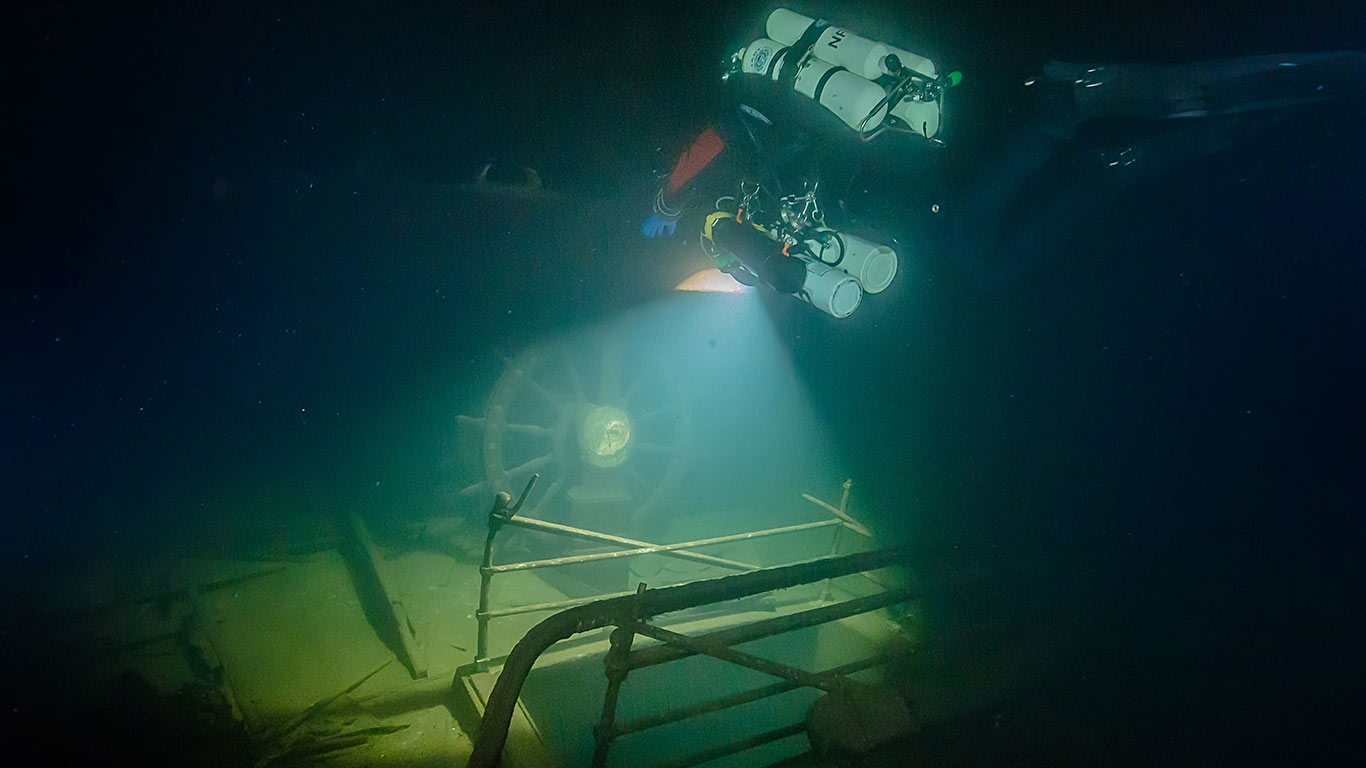 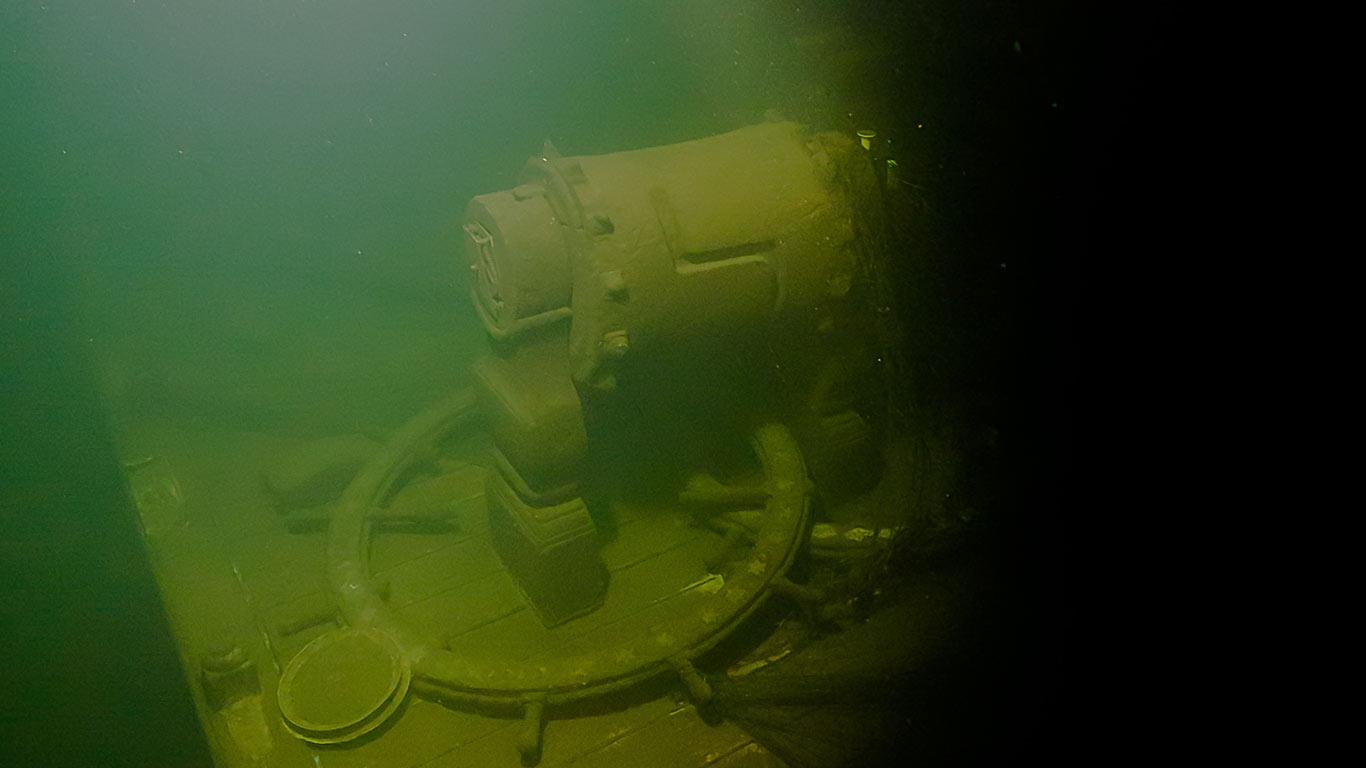 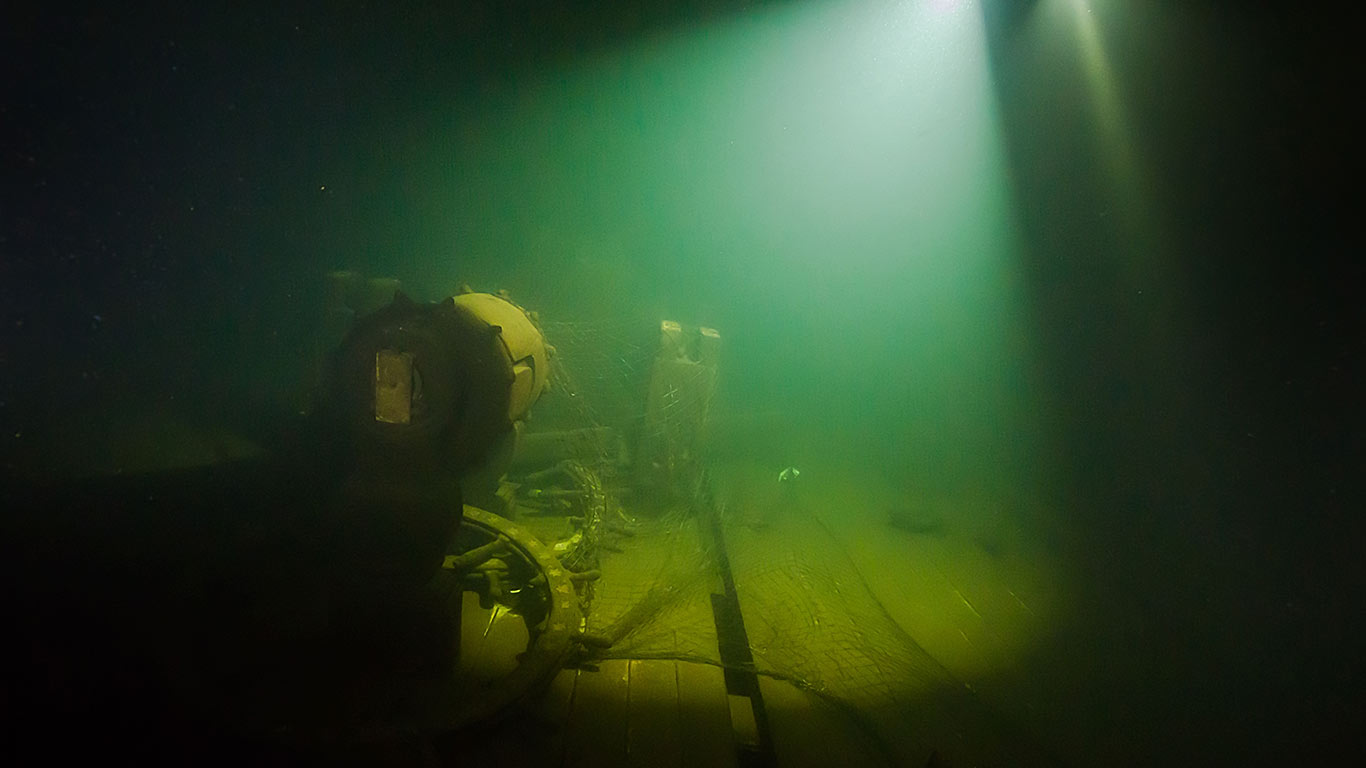 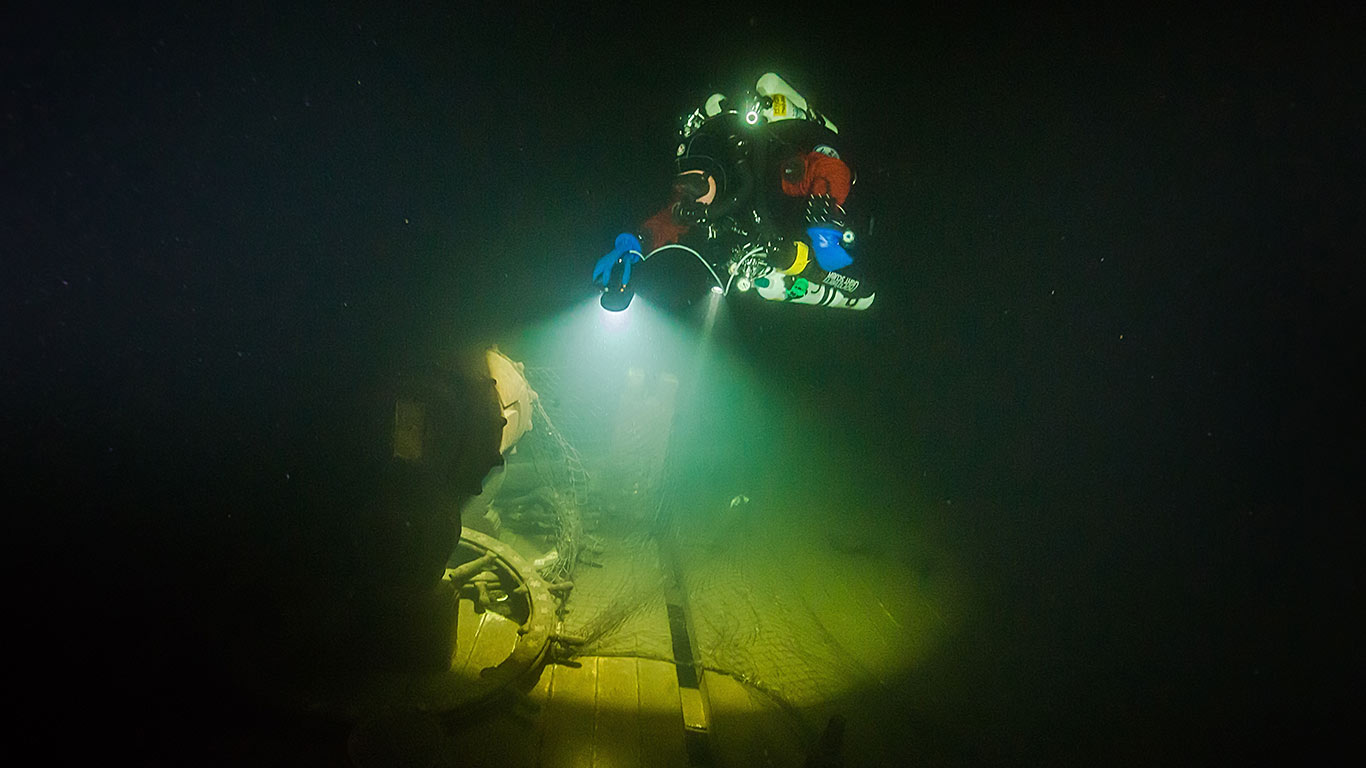 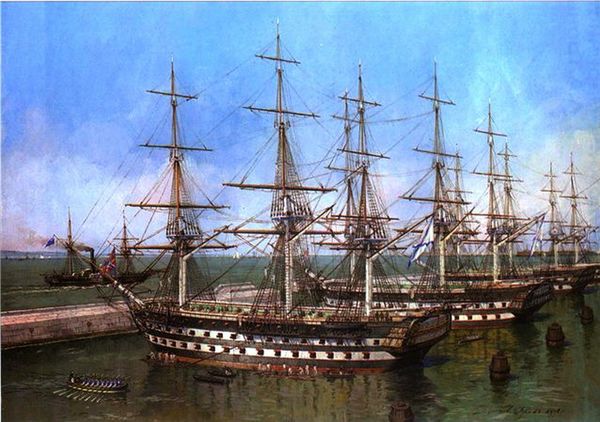 The Lefort battleship’s construction started on 18 November 1833. Her shipbuilder was Y.A. Kolodkin. She joined the Imperial Baltic Fleet on 28 July 1835.

In 1836-1838, 1840, 1841, 1843 and 1846, as part of different ship squadrons, she went on training voyages in the Baltic Sea and Gulf of Finland. On 3 July 1836, near Kronstadt, she took part in the ceremonial meeting with Peter the Great’s sailboat – the Russian Tsar’s famous training ship that is believed to have given birth to Russian naval history. During 1844 and 1847, she went with her squadron on training voyages in the North Sea. In 1848-1850, she took part in the Baltic Fleet’s expedition to Danish waters.

She participated in the Crimean War in 1853-1856. In May-June 1854, she was prepared to protect Kronstadt in case the enemy fleet broke through to St Petersburg. In 1855, she remained in Kronstadt. In 1856 and 1857, she was used as a cargo ship to transfer soldiers and cargo between Kronstadt and Revel (Tallinn).

From Rear Admiral Nordman’s investigation report, we can get some details about Lefort’s last mission: on 9 September 1857 (under the Julian calendar used at the time in Russia; under the current Gregorian calendar, the date would be 22 September 1857), a detachment of three ships – the Lefort, Vladimir and Empress Alexandra – using a favorable southwesterly wind, sailed from Revel toward Kronstadt to spend the winter there.

On the evening of 9 September, when the ships were approaching Gogland Island, the wind picked up to storm speeds and the detachment commander decided to stay in the area until sunrise, performing maneuvers to maintain the ships’ stability so that they could continue later.

On the morning of 10 September, the wind shifted to a northerly direction with squalls and snow. Changing tacks, the detachment tried to hold position between Gogland and Bolshoy Tyuters islands. At 7:30 in the morning, another strong squall rolled the Lefort to her portside. After laying on her portside for a few minutes, the ship capsized and disappeared under the waves. 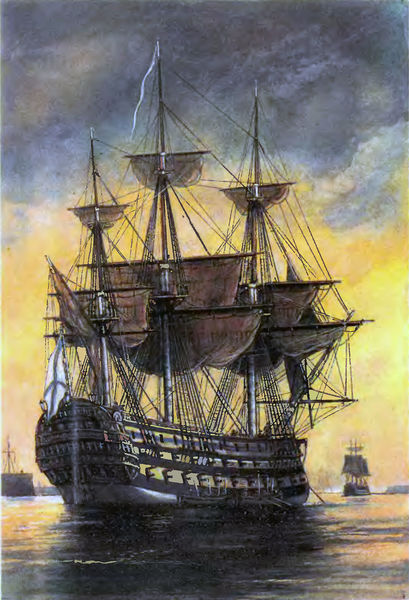 Nobody survived. The ship took her commander, Captain First-Class Kishkin, along with 12 officers, 743 sailors, 53 sailors’ wives and 17 children to the bottom: 826 people in total. 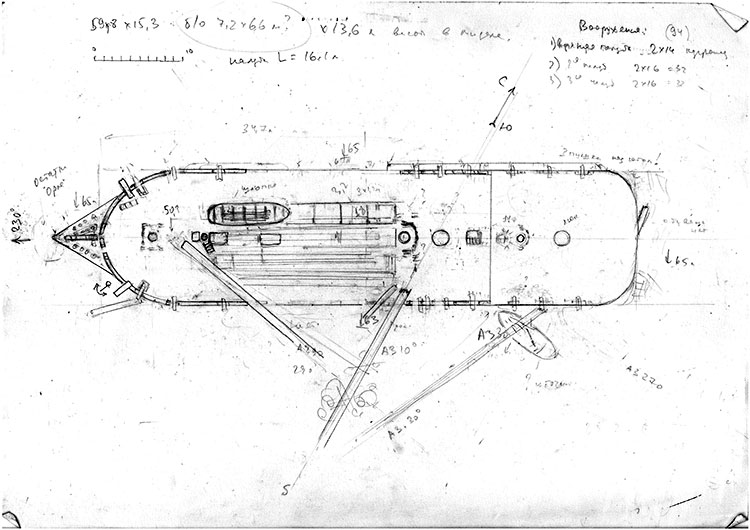 The investigation commission questioned all of the witnesses to the tragedy, but was unable to draw a final conclusion about the cause of the accident, noting in their report: «the Lefort tragedy is the type of accident that, fortunately, happens very rarely, where the cause remains a mystery despite every effort of the investigators […] This catastrophe has touched not only the sailing community, but many grief-stricken orphans and families throughout the Russian Empire have cried for their relatives for years, and long into the future, the Lefort will be a heavy, sad memory for everyone. In the very distant future, when memory of the Lefort dissolves like that of each and every disaster in the world, the fantastic painting of professor Ivan Aivazovsky will remain in the Kronstadt naval library.»

Until the Estonia passenger ferry sank in 1994, the Lefort tragedy was largest peacetime sea disaster on the Baltic Sea. The tragic sinking of the Lefort was memorialized by the famous marine painter Ivan Aivazovsky.

3D model of the actual condition of the Lefort wreck 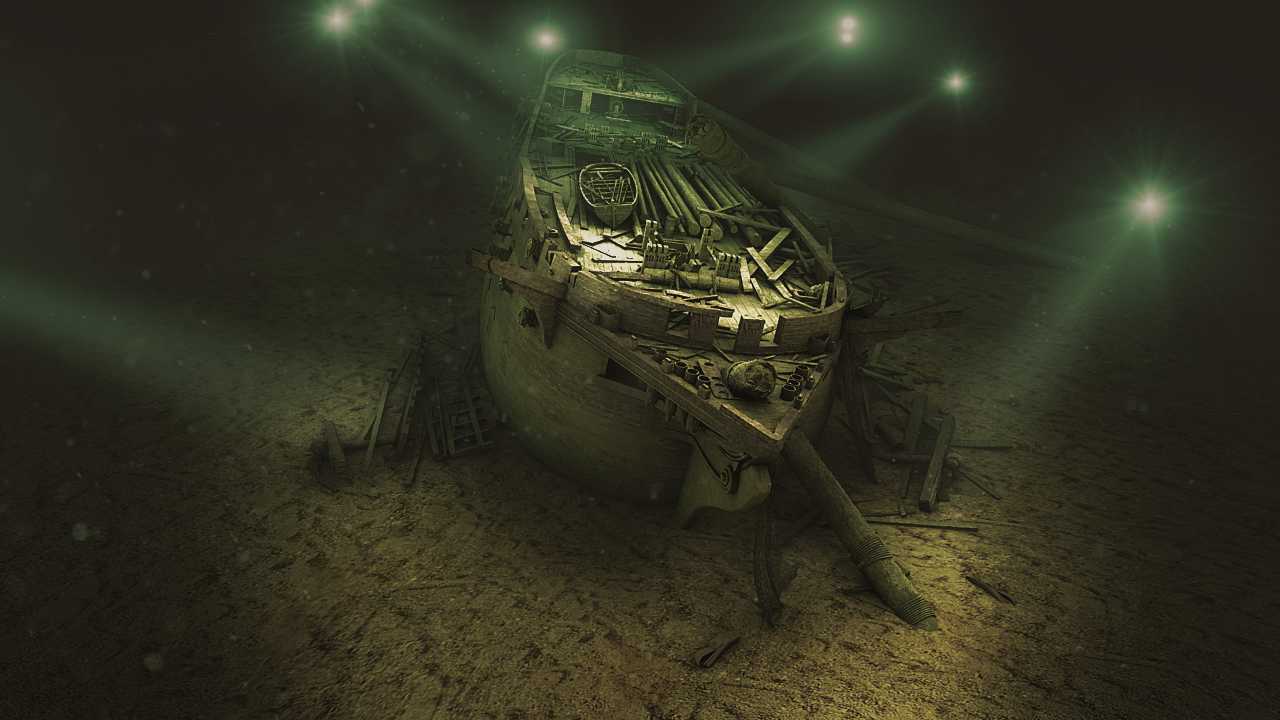 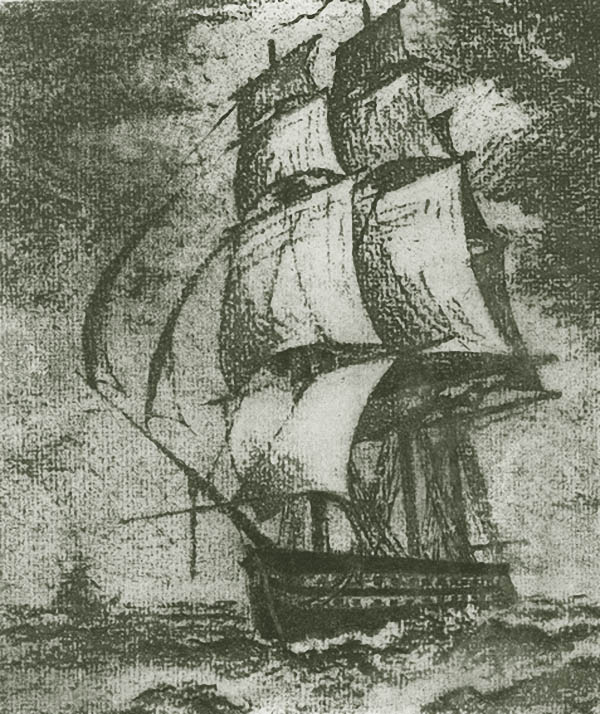 The Lefort battleship was discovered during our team’s expedition on 4 May 2013 while scanning the seafloor with sonar in search of the Soviet Shch-320 submarine to the north of Bolshoy Tyuters Island. The ship lies at a depth of 70 meters. She is in perfect condition due to the water conditions in the Gulf of Finland. The only visible damage are the masts and bowsprit, which were apparently broken while sinking, and the aft decorations, which have been partially torn off by fishing nets.